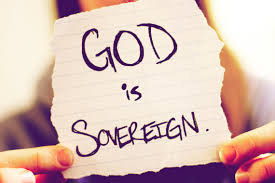 God’s sovereignty is one of the most important principles in Christian theology, as well as one of its most hotly debated. Whether or not God is actually sovereign is usually not a topic of debate; all mainstream Christian sects agree that God is preeminent in power and authority. God’s sovereignty is a natural consequence of His omniscience, omnipotence, and omnipresence. What’s subject to disagreement is to what extent God applies His sovereignty—specifically, how much control He exerts over the wills of men. When we speak of the sovereignty of God, we mean He rules the universe, but then the debate begins over when and where His control is direct and when it is indirect.

God is described in the Bible as all-powerful and all-knowing (Psalm 147:5), outside of time (Exodus 3:14; Psalm 90:2), and responsible for the creation of everything (Genesis 1:1; John 1:1). These divine traits set the minimum boundary for God’s sovereign control in the universe, which is to say that nothing in the universe occurs without God’s permission. God has the power and knowledge to prevent anything He chooses to prevent, so anything that does happen must, at the very least, be “allowed” by God.

At the same time, the Bible describes God as offering humanity choices (Deuteronomy 30:15–19), holding them personally responsible for their sins (Exodus 20:5), and being unhappy with some of their actions (Numbers 25:3). The fact that sin exists at all proves that not all things that occur are the direct actions of God, who is holy. The reality of human volition (and human accountability) sets the maximum boundary for God’s sovereign control over the universe, which is to say there is a point at which God chooses to allow things that He does not directly cause.

The fact that God is sovereign essentially means that He has the power, wisdom, and authority to do anything He chooses within His creation. Whether or not He actually exerts that level of control in any given circumstance is actually a completely different question. Often, the concept of divine sovereignty is oversimplified. We tend to assume that, if God is not directly, overtly, purposefully driving some event, then He is somehow not sovereign. The cartoon version of sovereignty depicts a God who must do anything that He can do, or else He is not truly sovereign.

Of course, such a cartoonish view of God’s sovereignty is logically false. If a man were to put an ant in a bowl, the “sovereignty” of the man over the ant is not in doubt. The ant may try to crawl out, and the man may not want this to happen. But the man is not forced to crush the ant, drown it, or pick it up. The man, for reasons of his own, may choose to let the ant crawl away, but the man is still in control. There is a difference between allowing the ant to leave the bowl and helplessly watching as it escapes. The cartoon version of God’s sovereignty implies that, if the man is not actively holding the ant inside the bowl, then he must be unable to keep it in there at all.

The illustration of the man and the ant is at least a vague parallel to God’s sovereignty over mankind. God has the ability to do anything, to take action and intervene in any situation, but He often chooses to act indirectly or to allow certain things for reasons of His own. His will is furthered in any case. God’s “sovereignty” means that He is absolute in authority and unrestricted in His supremacy. Everything that happens is, at the very least, the result of God’s permissive will. This holds true even if certain specific things are not what He would prefer. The right of God to allow mankind’s free choices is just as necessary for true sovereignty as His ability to enact His will, wherever and however He chooses.