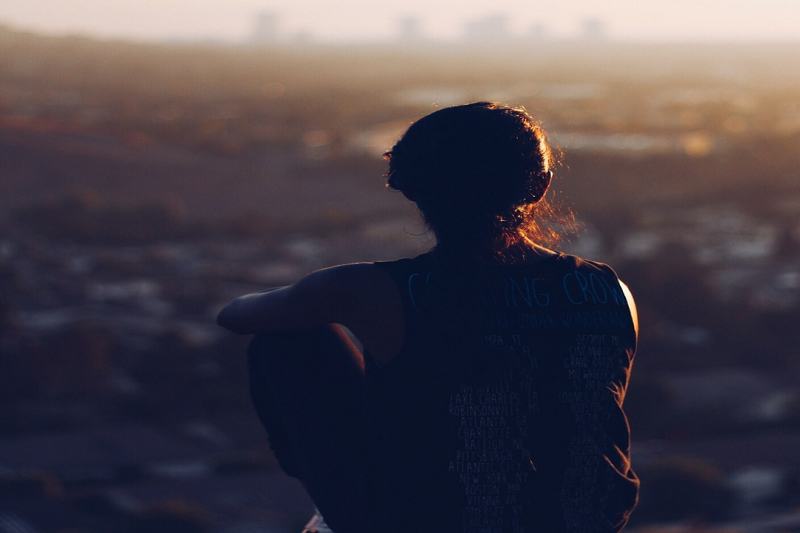 Question: “What is the true meaning of Rosh Hashanah?”

Answer: One of the “appointed feasts of the LORD” given to Israel in the Hebrew Bible (Old Testament) is known today as Rosh Hashanah, literally ”Head of the Year.” We read about Rosh Hashanah in the Torah, the Jewish Law found in the first five books of the Hebrew Bible. “And the LORD spoke to Moses, saying, ‘Speak to the people oflsrae~ saying, In the seventh month, on the first day of the month, you shall observe a day of solemn rest, a memorial proclaimed with blast of trumpets, a holy convocation. You shall not do any ordinary work, and you shall present a food offering to the LORD”‘ (Leviticus 23:23-25).

Rosh Hashanah begins a ten-day period leading up to the holiest day of the Jewish calendar, Yorn Kippur, the Day of Atonement. These ten days are called the yomim nora ‘im or Days of Awe in modem Judaism. The sounding of the shofar on Rosh Hashanah is a wake-up blast and a sobering reminder that the time is near for the Day of Atonement. It is a call to teshuvah, which is repentance and turning back to the LORD. These ten days are ones of great introspection, heart-searching and self-examination. The sound of the shofar for the Jew was, and still continues to be, a call to examine one’s life, to make amends with all those one may have wronged in the previous year, and to ask forgiveness for any vows one may have broken.
So the primary theme of Rosh Hashauah is one of repentance.

A common greeting for Jews just before and during Rosh Hashanah is “May your name be inscribed [in the book of life].” Another popular greeting is L ‘shana Tova, which is a wish for a good new year. Traditional foods on Rosh Hashanah are sweet things. So apples dipped in honey and many other sweet dishes made with apples, honey, raisins, figs, sweetened carrots, and pomegranates are generally served in the Jewish home. The traditional challah bread is made sweeter and shaped in a circle, symbolizing completeness and never-ending sweetness. The rabbinic idea of this “sweetness” was to bring a sense of optimism to the festival, since the themes of repentance and atonement might have made this season a somber time of remorse alone.

According to rabbinic tradition, on Rosh Hashanah the destiny of the righteous and the wicked are sealed. The righteous are written into the Book of Life, and the wicked are written into the Book of Death, but most people won’t be written into either book. These are given the ten days until Yorn Kippur to exercise repentance and self-examination and then seal their fate. Then, on the Day of Atonement, everyone has his or her name inscribed into one of the two books.

Like all of the Lord’s appointed days in the Hebrew Bible, Rosh Hashanah points Christians to an even greater reality. For those who have placed their faith in the Jewish Messiah, Jesus, we understand the true meaning of the call to repentance and of turning our hearts toward God. The God of the Bible indeed has a Book of Life and a Book of Death. The Bible clearly warns us that on the Day of Judgment, which is yet to come, anyone’s name not found in the Book of Life will reside in the lake of fire for all eternity (Revelation 20: 15).

For those who have placed their trust in the atoning work of Jesus through His life, death, burial, and resurrection (2 Corinthians 5:21), their names are already written into the Lamb’s Book of Life. And now, even we believers in Jesus listen for that trumpet call, “For the Lord himself will descend from heaven with a cry of command, with the voice of an archangel, and with the sound of the trumpet of God. And the dead in Christ will rise first. Then we who are alive, who are left, will be caught up together with them in the clouds to meet the Lord in the air, and so we will always be with the Lord. Therefore encourage one another with these words” (Thessalonians 4: 16-18).

Question: “What is the Day of Atonement (Yorn Kippur)?”

Answer: The Day of Atonement (Leviticus 23:27-28), also known as Yorn Kippur, was the most solemn holy day of all the Israelite feasts and festivals, occurring once a year on the tenth day of Tishri, the seventh mouth of the Hebrew calendar. On that day, the high priest was to perform elaborate rituals to atone for the sins of the people. Described in Leviticus 16:1-34, the atonement ritual began with Aaron, or subsequent high priests of Israel, coming into the holy of holies. The solemnity of the day was underscored by God telling Moses to warn Aaron not to come into the Most Holy Place whenever he felt like it, only on this special day once a year, lest he die (v. 2). This was not a ceremony to be taken lightly, and the people were to understand that atonement for sin was to be done God’s way.

Before entering the tabernacle, Aaron was to bathe and put on special garments (v. 4), then sacrifice a bull for a sin offering for himself and his family (v. 6, 11 ). The blood of the bull was to be sprinkled on the ark of the covenant. Then Aaron was to bring two goats, one to be sacrificed “because of the uncleanness and rebellion of the Israelites, whatever their sins have been” ( v. 16), and its blood was sprinkled on the ark of the covenant. The other goat was used as a scapegoat. Aaron placed his hands on its head, confessed over it the rebellion and wickedness of the Israelites, and sent the goat out with an appointed man who released it into the wilderness ( v. 21 ). The goat carried on itself all the sins of the people, which were forgiven for another year (v. 30).

The symbolic significance of the ritual, particularly to Christians, is seen first in the washing and cleansing of the high priest, the man who released the goat, and the man who took the sacrificed animals outside the camp to bum the carcasses (v. 4, 24, 26, 28). Israelite washing ceremonies were required often throughout the Old Testament and symbolized the need for mankind to be cleansed of sin. But it wasn’t until Jesus came to make the “once for all” sacrifice that the need for cleansing ceremonies ceased (Hebrews 7:27). The blood of bulls and goats could only atone for sins if the ritual was continually done year after year, while Christ’s sacrifice was sufficient for all the sins of all who would ever believe in Him. When His sacrifice was made, He declared, “It is finished” (John 19:30). He then sat down at the right hand of God, and no further sacrifice was ever needed (Hebrews 10: 1-1 2).

The sufficiency and completeness of the sacrifice of Christ is also seen in the two goats. The blood of the first goat was sprinkled on the ark, ritually appeasing the wrath of God for another year. The second goat removed the sins of the people into the wilderness where they were forgotten and no longer clung to the people. Sin is both propitiated and expiated God’s way only by the sacrifice of Christ on the cross. Propitiation is the act of appeasing the wrath of God, while expiation is the act of atoning for sin and removing it from the sinner. Both together are achieved eternally by Christ. When He sacrificed Himself on the cross, He appeased God’s wrath against sin, taking that wrath upon Himself: “Since we have now been justified by his blood, how much more shall we be saved from God’s wrath through him!” (Romans 5 :9). The removal of sin by the second goat was a living parable of the promise that God would remove our transgressions from us as far as the east is from the west (Psalm l 03: 12) and that He would remember them no more (Hebrews 8: 12; I 0: 17). Jews today still celebrate the annual Day of Atonement, which falls on different days each year in September-October, traditionally observing this holy day with a 25-hour period of fasting and intensive prayer, often spending most of the day in synagogue services.