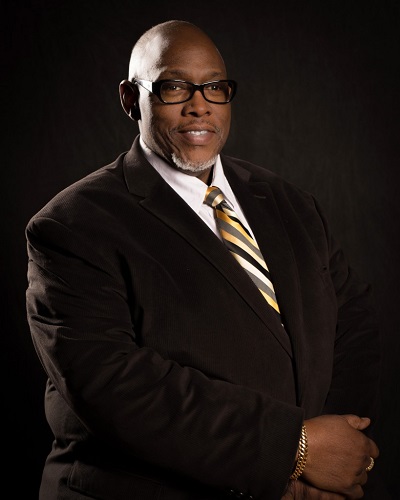 Pastor Graves is a native of Brooklyn, New York, where he remained until the age of 17 when he enlisted into the U.S. Army branch of our military armed forces. After graduating Basic/Advanced Training at Fort Benning – Georgia, he went on to his permanent duty station at Fort Stewart, Georgia (3rd of the 19th Battalion, 24th  Infantry Div.). His military experience whether voluntary or by order, allowed him the opportunity to deal with challenging situations which prepared him for the challenges of life. From Georgia to the heat of the Mojave Desert; from the bitter cold of Fort Drum NY to the Everglades of Florida; from the United States to the Jungle of Fort Sherman Panama, Norman is grateful and proud of his service to his country. He was honorably discharged in 1982.

Pastor Graves is the husband of one wife (Rachel) and the father of five wonderful children; one who has preceded us (Spencer Raylon Graves – 6yrs old), three of who resides with him (Julius 20, and 14-year-old twins Eleisha & Elisha) at their home in Liberty, NY. His oldest son, Norman Jr. resides in Wurtsboro NY with his new bride (Risa) and 11-month old baby girl (Laylah) of whom Graves is the proud grandfather.

After several years of tumultuous and challenging times, Norman received and accepted a job offer from his former employer, Daytop Village Inc., in 1991, where he went on to graduate from a counselor training program and relocated (with his wife Rachel) to Texas that year. There, they both helped to open and develop substance abuse programs for troubled teens as God began to reveal His plans for their lives.

Norman answered the call to the Gospel ministry and was licensed to preach in 1998. He was later ordained in the year 2000 at The Antioch Church in Palestine, Texas, by his father in the Gospel Ministry – Pastor Roy G. Duncan (District Overseer – Kingdom Builders International). Pastor Graves has acquired a national and international certification in SA Counseling, and provides trainings abroad on contract with the U.S. State Department and Daytop International.

In 2008, God led Pastor Graves to establish New Beginnings Community Worship Center Inc. of Liberty, N.Y. It was then that Pastor Graves received the divine call and vision to establish outreach ministries in the local community of Sullivan County. From that vision, Begin Again Transitional Services (B.A.T.S.) for Veterans has come to fruition. Pastor Graves considers it an honor to continue serving his country by providing this service to our Veteran Heros who have given so much of themselves for us. Pastor Graves also has International Ministry initiatives to aid in the proclamation of the Gospel of Jesus Christ in Nairobi, Kenya. He has traveled four times to Nairobi, Kenya since 2010 at which time the N.B.C.W.C. International Outreach Ministry was birthed.

In 2010, Pastor, Rev. Norman Graves was also called by God and elected to be the Senior Pastor of the First Baptist Church of South Fallsburg, New York, where he served for over 4 years. In 2013 Pastor Graves served as Vice-Moderator of the Mount Zion Missionary Baptist Association (NY). Pastor Graves serves on the Orange Regional Medical Center (Pastoral Care) Clergy Volunteer Staff. He has also served on the Sullivan County Economic and Development Steering Committee. Pastor Graves presently serves voluntarily on the Liberty Networking Group.

Pastor Graves has been skillfully prepared by God to fulfill his ministry assignments and is therefore very careful to acknowledge the Gospel of Our Lord and Savior Jesus Christ, which is the source of his help and strength; and will continue to be a living witness to the awesome, transforming, and redemptive power of God.