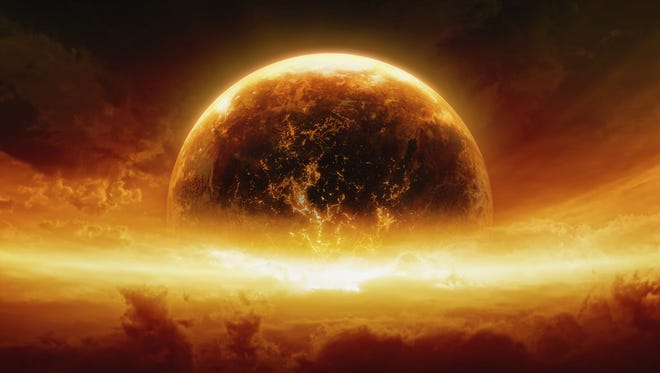 Esther was a Jewish maiden who was taken into the royal court of King Xerxes and eventually chosen to be queen of Persia. She was integral in delivering the Jews from destruction, an event celebrated in the Feast of Purim. The Bible makes it clear that Esther was placed in her influential position “for such a time as this”—God’s purpose was accomplished through Esther in the perilous time in which she lived.

Esther had been one of the “beautiful young virgins” from whom King Xerxes could select a new queen (Esther 2:2). Esther had been orphaned as a child, and her cousin, Mordecai, cared for her. In adherence to Mordecai’s instructions, Esther did not reveal to anyone that she was a Jew. In time, Esther won the favor of King Xerxes, and he crowned her queen (Esther 2:17).

Sometime later, Xerxes gave Haman the Agagite great honor and commanded the officials at his gate to kneel in Haman’s presence and pay him homage. Mordecai, who worked in the gate, refused to do so. This so enraged Haman that he sought to destroy all of Mordecai’s people—the Jews—and obtained the king’s permission to carry out the genocide (Esther 3). When the edict against the Jews was issued, Mordecai mourned in sackcloth and ashes. Queen Esther, as yet unaware of the plot against her people, heard about her cousin’s mourning and sent a eunuch in her service, named Hathak, to inquire the reason for Mordecai’s sorrow. Mordecai gave Hathak a copy of the edict and asked him to tell Esther to go to King Xerxes and beg for mercy on behalf of her people.

Esther was reluctant to approach the king, because it was against the law to come before the king’s presence uninvited—on pain of death. The eunuch reported Esther’s response to Mordecai. Then Mordecai sent word back: “Do not think that because you are in the king’s house you alone of all the Jews will escape. For if you remain silent at this time, relief and deliverance for the Jews will arise from another place, but you and your father’s family will perish.

Mordecai, in urging Esther to take action, points her to a higher purpose: “Who knows whether you have not attained royalty for such a time as this?” (Esther 4:14, NASB). He frames it as a possibility for her to consider: could it be that God has placed Esther in her royal position precisely because of the clear and present danger the Jews are in? It was just such a time—a time of crisis, a time of existential threat—that the Jews needed her. It was no accident that Esther became queen of Persia; she was there for a reason.

Mordecai was right. Esther was indeed on the throne “for such a time as this,” and she became God’s instrument of deliverance for the Jews in Persia. Sometimes we miss the importance of Esther’s obedience in God’s plan. Mordecai presented Esther with a choice. She could choose to recognize her providential placing in the royal court and opt to risk her own life in an effort to save her people. Or she could choose to remain silent, try to protect herself, and hope for the best. Either way, Mordecai knew that God would rescue His people. Esther chose the path of joy and blessing when she agreed to play her role in God’s plan.

We serve the God who “works out everything in conformity with the purpose of his will” (Ephesians 1:11). As the experience of Esther shows, God uses people in fulfilling His purpose. No matter what the situation, God has His instruments of deliverance and victory. “For such a time as this,” God has at the ready brave, committed, obedient individuals who will step out in faith and accomplish His work. In ancient Persia, Haman was doing the devil’s work, but there was Esther to counter it. God had set the board, and He moved His queen to checkmate the enemy. “He changes times and seasons; he deposes kings and raises up others” (Daniel 2:21).

We, like Esther, have meaningful choices to make. We may not have as much power and influence as Esther had, but God has still placed us where He wants us to be “for such a time as this.” We are not here by accident. We have a God- given circle of influence. We cannot stand idly by while injustice occurs. We must pay attention to what’s happening around us and seek God’s direction in how He wants to use us. He has placed us in the time, the position, and the

place He wants us to be. And He invites us to confidently join in His work. In Esther’s day, the duty to save a nation fell to her, and God had given her all she needed to accomplish the task. God has done the same for us, whatever the task He assigns, and He will use us in “such a time as this.”